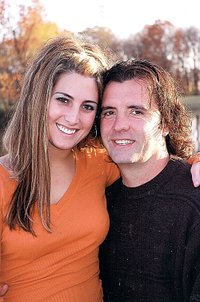 Chelsea Klinger and Brian Sheldon, both of Baldwin City, announce their engagement.
The bride-to-be is the daughter of Clarke Klinger, Ponca City, Okla., and Sonja and Bart Patton, Winfield. She is a graduate of Winfield High School.
The future groom is the son of Debbie French-Morgan, Baldwin City, and Delbert Sheldon, Baldwin City. He is a graduate of Baldwin High School and Baker University. He is self-employed in construction.
The wedding is planned for May 17 at Winfield.